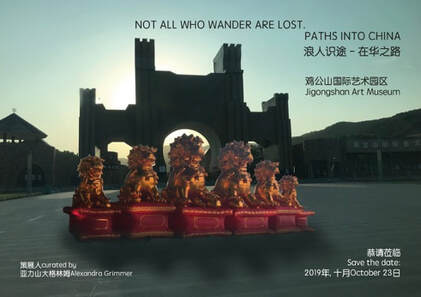 the installation "work-worship" was shown in a group-exhibition in china 2019, curated by alexandra grimmer.
intended as a comment for working conditions in the industrial age -a serial mode of production, calculated and rational with a clear message-  it consists of large image photography of representative religious and political buildings, which are constructed with lego-bricks. its my reflection of how unstable, abstract and in a way unreal those buildings are in fact. they are like buildings of the mind. the sculpture in the middle of the installation is constructed with uniform 5x5cm squared timber wrapped in duck-tape. unifomity and serial mode of production are the key approach to this art-work. the appearance might be that of an altar, on which effort and work is sacrificed. the written text, lying on top of it, is a popular citation about the issue of work. they are constructed also with lego in a typographic style, which exhibits chinese and german features. in the drawers of the table are integrated three more citations of famous authors concerning the issue of work.
i have the notion, that both cultures are colliding and merging in the future. german language is transforming, due to the digitalisation of communication, in a way that it looses grammar and rigidity of sense. transparency is becoming a topic in society aswell as control.
i am curious about the aesthetic discrepancies
between the sensuality of media and the functionality of its hardware,
between the beautiful dream and the ugly reality,
between the simplicity of idealistic symbols and the complexity of the represented ideal,
between the "stupid" repetivity of rituals and the wisdom of their meaning,
between the primitivity of the bineric system and the vastness of its sociological impact.
i want to reveal the primitive nature underlying the surface of the digital age,
the autistic trust in data and scientific rules,
the thinking in stereotypes and algorithms,
how this is shaping our world, destroying humanity.
and maybe to find out, where the beauty lies in it. 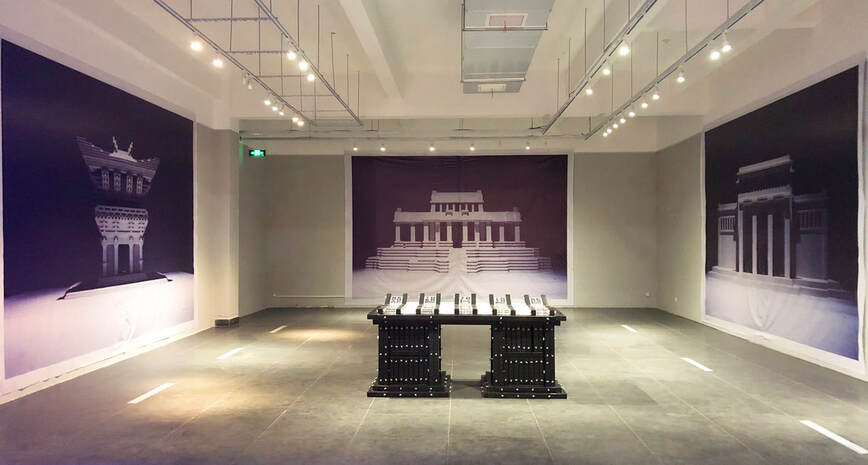 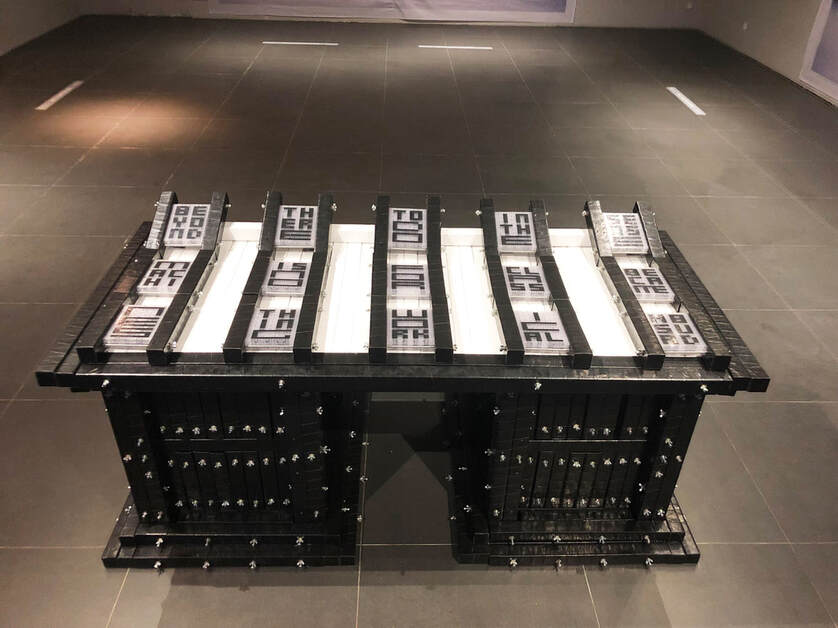 "work worship", duck tape on wood, lego-bricks, screws, 220x90x90cm, 2019
Citation: beyond machines there is nothing to do for work in the classical sense became absurd (Vilem Flusser) 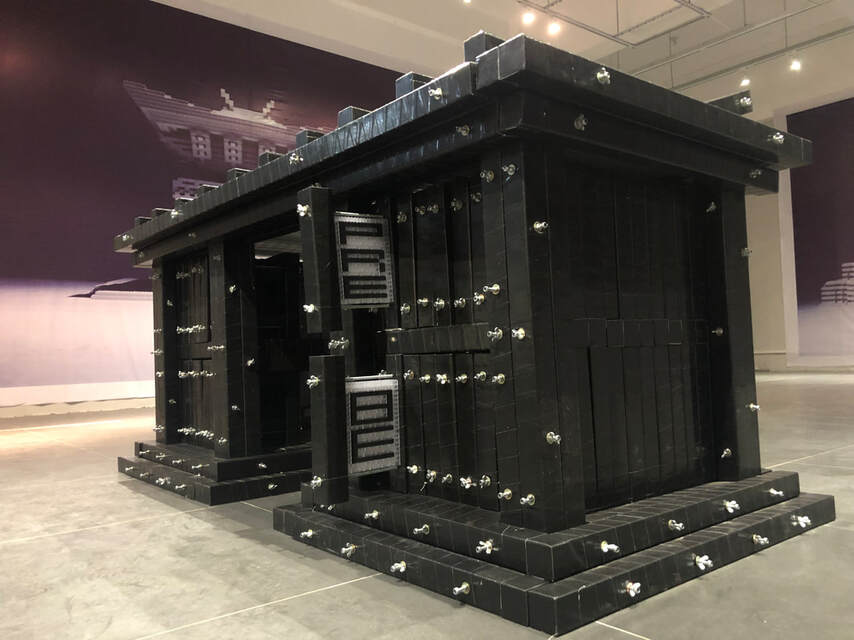 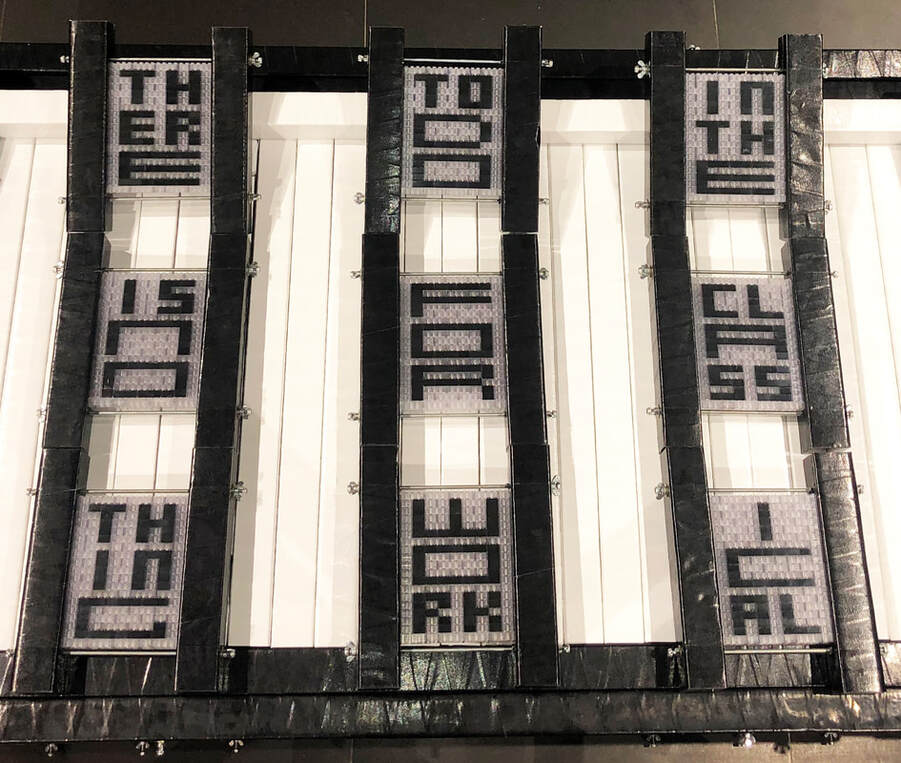 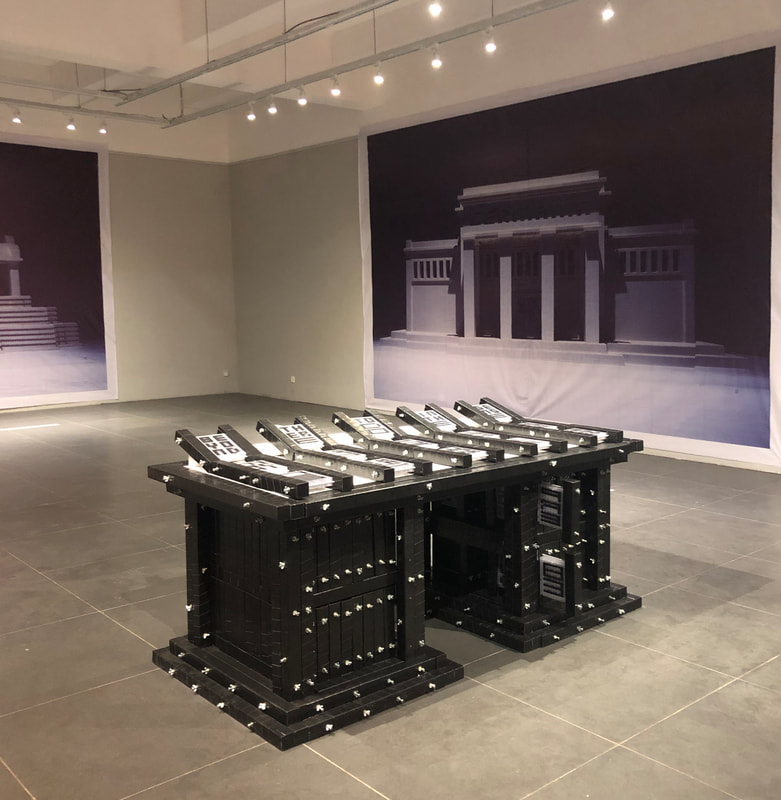 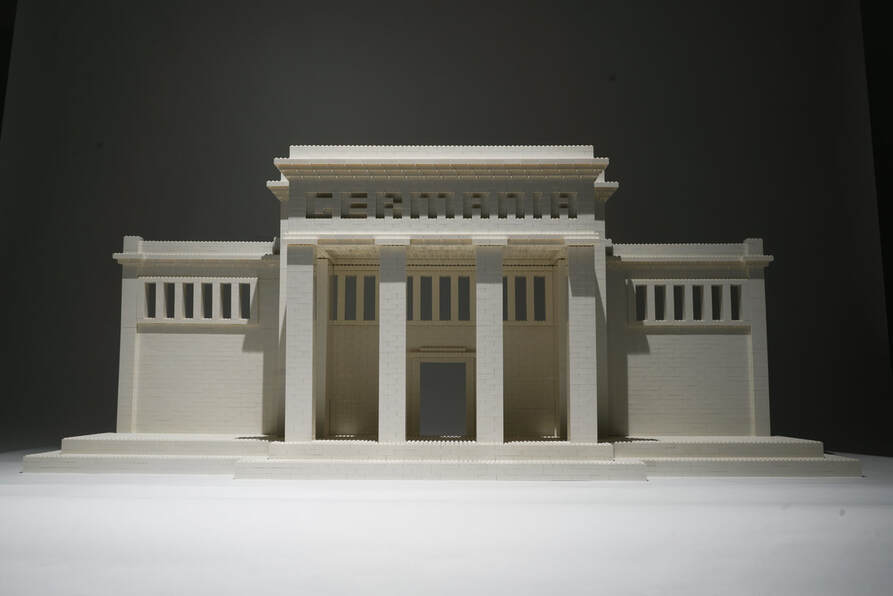 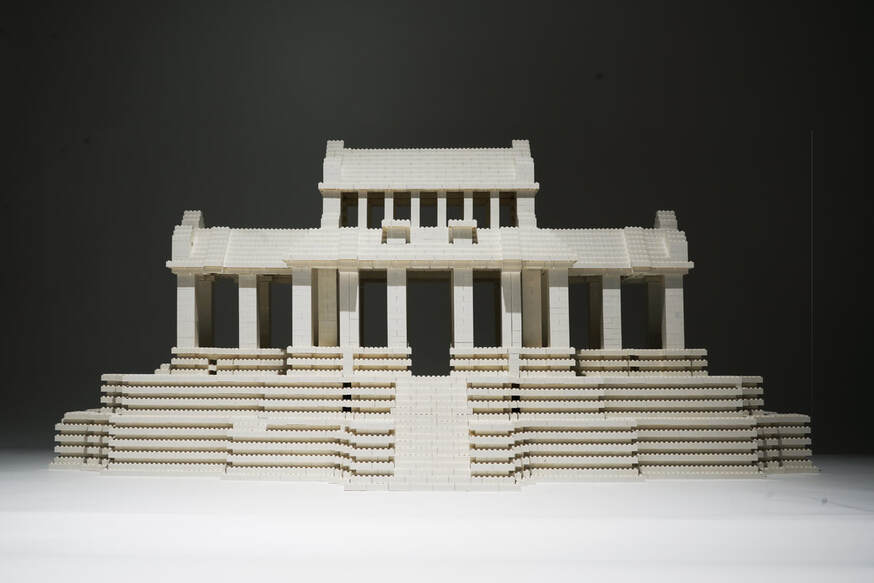 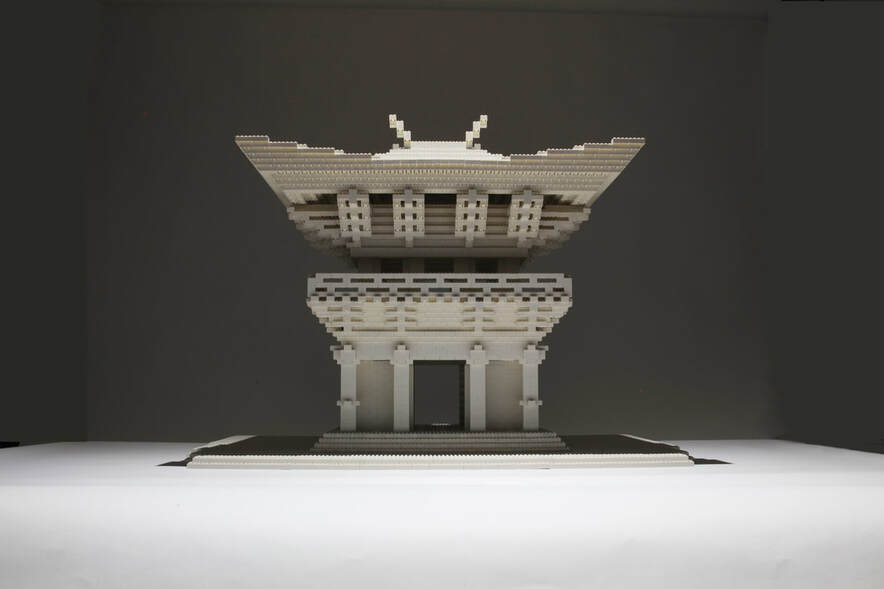