hans ahnert
the two artworks were designed for a group-exhibition "hypodens" in vienna 2017, curated by esther mlenek
for ikebana hans ahnert transfers the aesthetics of japanese ikebana flower arrangements into  reduced fotografic sculptures. for this purpose he chooses a highly modified form of representation, away from the analogue modus of nature towards a more digital one of technics and ratio. in a brick-like manner he piles up the single plant-elements in front of a highly illuminated surrounding, and is citing roland barthes "la chambre claire" and his thesis, that a foto is neither an image nor reality, but a entirely new object, specifically a piece of reality, that cant be touched. ahnerts flower arrangements are literally untouchable, they are sterile, but distinctive fakes. the artist creates with ikebana objects, that exhibit a form of hyperaesthetic and an almost compulsive tendency to perfectionism. they illustrate just superficially the aparent traditional japanese approach in ikebana for balancing certain aspects of nature and human in a harmonious way, because the discrepancy between nature and technical order just rarely diverges that widely as in ikebana. hans ahnert disillusions, with his arrangements of cubes and pedestals he shows the inertia of artificiality and the ubiquitary human banality, in contrast to the miraculous poetry of nature. the plants, alltogether frozen on an artificial membrane, deprived of any possible poetry without their natural habitat, do not claim any relation to reality anymore. killed in total perfection, they are reduced to their pharmacological, historic and social notations. (text by esther mlenek, translated by the artist)s 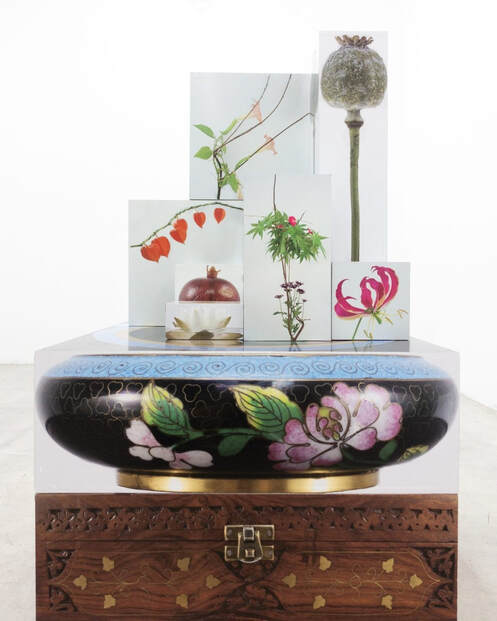 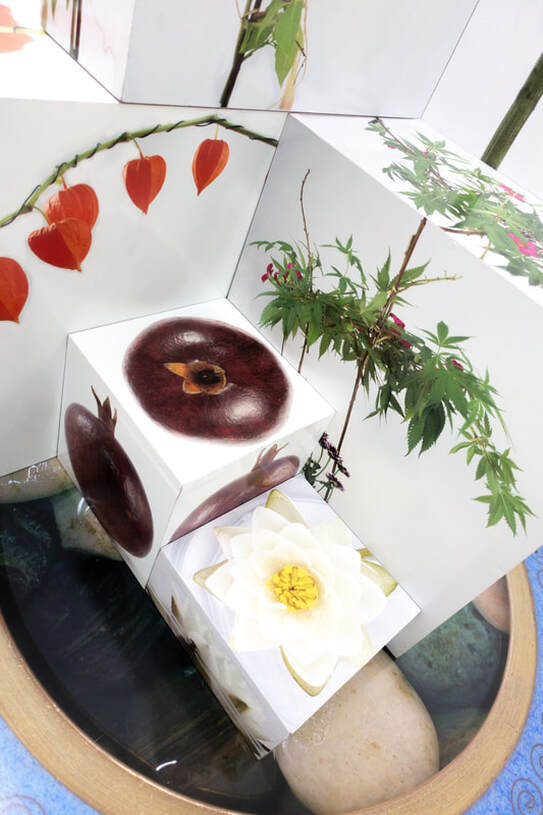 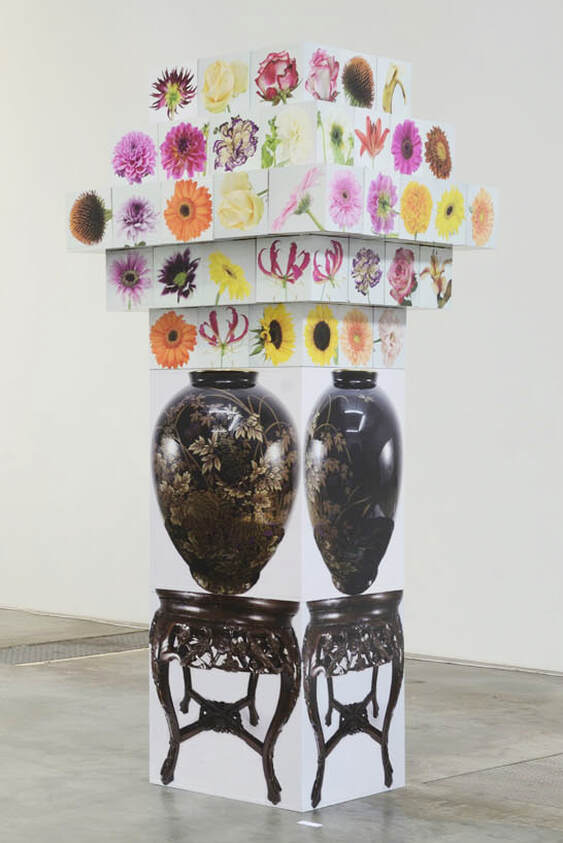